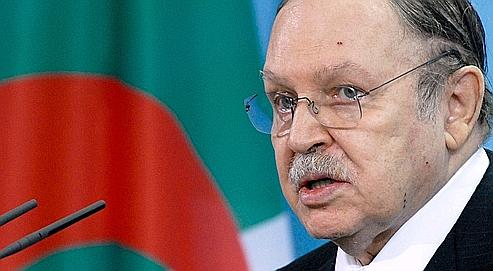 DIA-24 march 2017: President of the Republic Abdelaziz Bouteflika on Thursday strongly condemned the « appalling attack » in London Wednesday, which claimed many casualties.

« It is with a profound emotion and deep indignation that I’ve learned about the appalling attack in London, plunging into mourning your country by leaving several people dead and injured, » President Bouteflika said in a message addressed to UK Prime Minister Theresa May.

« In these painful circumstances, I would like to offer, in the name of the Algerian people and government and in my own name, our most sincere condolences to your, to our British friend people and to the families of the victims, and assure you of my solidarity, » the head of State stressed.

« Algeria strongly condemns this barbaric attack, which is aimed at sowing death and desolation, and creating a cultural divide worldwide and inside countries. »

President Bouteflika underlined the need to « bring a comprehensive and concerted response, under the aegis of the United Nations, to terrorism, a scourge that seriously threatens the entire international community. »